Over the past months, the Cybereason Nocturnus Team has been tracking the Iranian hacker group known as Moses Staff. The group was first spotted in October 2021 and claims their motivation is to harm Israeli companies by leaking sensitive, stolen data.

Aside from Israel, which appears to be the main target of the group, Moses Staff was observed targeting organizations in other countries, including Italy, India, Germany, Chile, Turkey, UAE, and the US. The group targets a variety of industries, among them Government, Finance, Travel, Energy, Manufacturing, and the Utilities industry.

The StrifeWater RAT appears to be used in the initial stage of the attack and this stealthy RAT has the ability to remove itself from the system to cover the Iranian group’s tracks. The RAT possesses other capabilities, such as command execution and screen capturing, as well as the ability to download additional extensions.

Normally, once the group infiltrates an organization and steals sensitive data, they deploy ransomware to encrypt the infected machines. Unlike financially motivated cybercrime ransomware groups who encrypt the files as leverage for ransom payment, the encryption of the files in the Moses Staff attacks serves two purposes: inflicting damages by disrupting critical business operations, and covering the attackers’ tracks.

The Cybereason Nocturnus Team has been tracking the activities of the Moses Staff threat group since their operations first became known in 2021. While monitoring the group’s activity, Cybereason researchers discovered an undocumented RAT dubbed StrifeWater that is used by Moses Staff in the initial stage of the attack. It was observed that the StrifeWater RAT was deployed in infected environments under the name “calc.exe”. One of the key clues that led to the discovery of the StrifeWater RAT came from an analysis of a new variant of the PyDCrypt malware used by the Moses Staff group.

The Nocturnus Team found a new sample of the PyDCrypt malware, which was described in Checkpoint’s blog published in November 2021. PyDCrypt is written in python and compiled using PyInstaller. Its goal is to spread to other computers and to drop the payload “DCSrv”, a ransomware variant based on the publicly available tool DiskCryptor.

According to previous observations, the Moses Staff group builds a new sample of PyDCrypt for each targeted organization with hard coded parameters such as an admin username and password, a machines list, and a local domain. The inclusion of this hard coded information means PyDCrypt is only deployed in a late stage of the attack after the environment is already compromised and sufficient reconnaissance efforts to map out the target’s environment have already taken place.

The newly discovered PyDCrypt variant had one significant change to it: instead of the ransomware payload, the script contains what appears to be a test executable embedded which merely prints “Hello” upon execution. This could indicate that this variant is still in the development and testing phase.

Moses Staff often uses the folder “C:\Users\Public” to store its deployed tools. As part of its execution, PyDCrypt copies the original Windows calculator binary (calc.exe) from system32 to the folder where the rest of the payloads are saved (C:\Users\Public\calc.exe) and then deletes it:

We suspect that PyDCrypt’s removal of “calc.exe” from the infected machine is an attempt to remove evidence of the StrifeWater RAT, which is also named “calc.exe” by the attackers. We estimate that the replacement of the StrifeWater RAT with the original Windows Calculator binary and its immediate deletion, was done in an attempt to cover the attackers’ tracks and thwart forensic analysis efforts.

Due to the fact that PyDCrypt is a late stage attack tool that is deployed after reconnaissance was undertaken, Moses Staff must have a foothold of the infected environments before its deployment. Based on our analysis of the StrifeWater RAT, we suspect that it is used by the attackers to gain a foothold and to conduct initial reconnaissance on the compromised target.

StrifeWater AnalysisStrifeWater is a previously undocumented RAT that is suspected to be used in the initial stages of the Moses Staff infection chain in order to achieve persistence and gain control over the network, appearing as the file “calc.exe”:

StrifeWater execution as seen in the Cybereason XDR Platform

The main capabilities of StrifeWater include:

In addition, the RAT can extend its capabilities by downloading several module extensions, although the functionality of these modules is not known at the time of writing.

The RAT has the following PDB string: “C:\Users\win8\Desktop\ishdar_win8\1\x64\Release\brokerhost.pdb”

StrifeWater Command and Control as seen in the Cybereason XDR Platform

Although the malware always uses the same IP address and URL, it also contains a domain and an additional URL that have yet been observed in use: At the beginning of execution, the StrifeWater RAT collects profiling data about the infected machine in order to create a unique token for that device. The data used to create the token are:

The string displayed in the image above is then XORed with a hard coded key and combined with an additional hard coded string in order to create the token:

Unique token sent to the C2

The same key (“9c4arSBr32g6IOni”) is used to encrypt all commands that are sent and received from the C2.

The StrifeWater RAT receives various commands from the C2, including: Creating a scheduled task for persistence

The StrifeWater RAT has the capability to download different modules based on the command received, although the functionality of these other modules are not known at the time of writing this report. The available extensions are named:

In case the command to download the extension “strt” is received and the extension is already loaded, the RAT will send to the C2 the contents of a file named: “C:\users\public\libraries\async.dat”

This file probably contains data that is related to the functionality of the extension “strt”.

Meaning of the different “name parameters”:

In this report, the Cybereason Nocturnus Team analyzed a previously unknown RAT dubbed StrifeWater that is being used in targeted ransomware attacks, carried out by the Iranian APT group Moses Staff. The StrifeWater RAT is suspected to be one of the main tools that are used to create a foothold in victim environments, and appears to only be used in the earlier stages of the attack.

Our analysis suggests that the Moses Staff operators make conscious efforts to stay under the radar and avoid detection until the last phase of the attack when they deploy and execute their ransomware payload. Furthermore, our research shows that the Moses Staff modus operandi includes attempts to masquerade its arsenal as legitimate Windows software along with the removal of their initial persistence and reconnaissance tools. This tactic helps to prevent investigators from discovering the full flow of the attack and thus the StrifeWater RAT remained undetected.

Moses Staff’s goals seem aligned with Iran’s cyber warfare doctrine, seeking to sabotage government, military, and civilian organizations related to its geo-political opponents. Unlike criminal cybercrime groups that use ransomware to coerce their victims to pay a ransom fee, it is assessed that the Moses Staff group will leak sensitive information without demanding a ransom fee, and it was previously assessed that their goals are political in nature.

The emergence of new PyDyrcypt malware samples, further shows that the Iranian APT group Moses Staff is still active and continues its nefarious activities and development of its attack arsenal.

The Cybereason XDR Platform detects and blocks the StrifeWater RAT and other advanced TTPs used in this operation. Cybereason is dedicated to teaming with defenders to end attacks on the endpoint, across enterprise, to everywhere the battle is taking place. 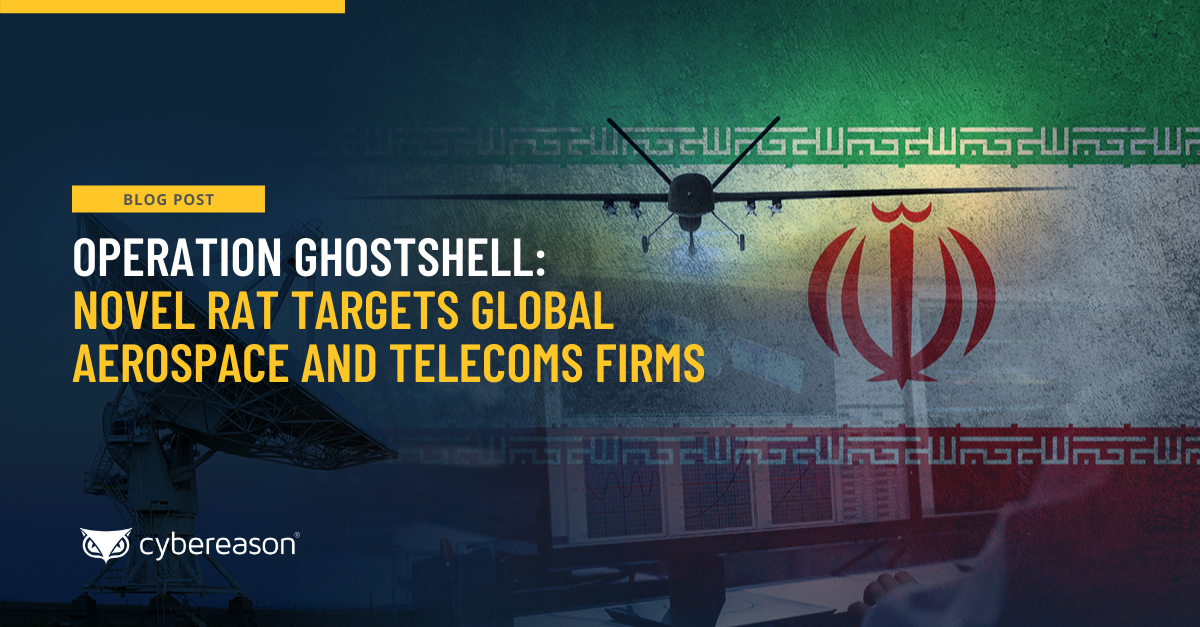