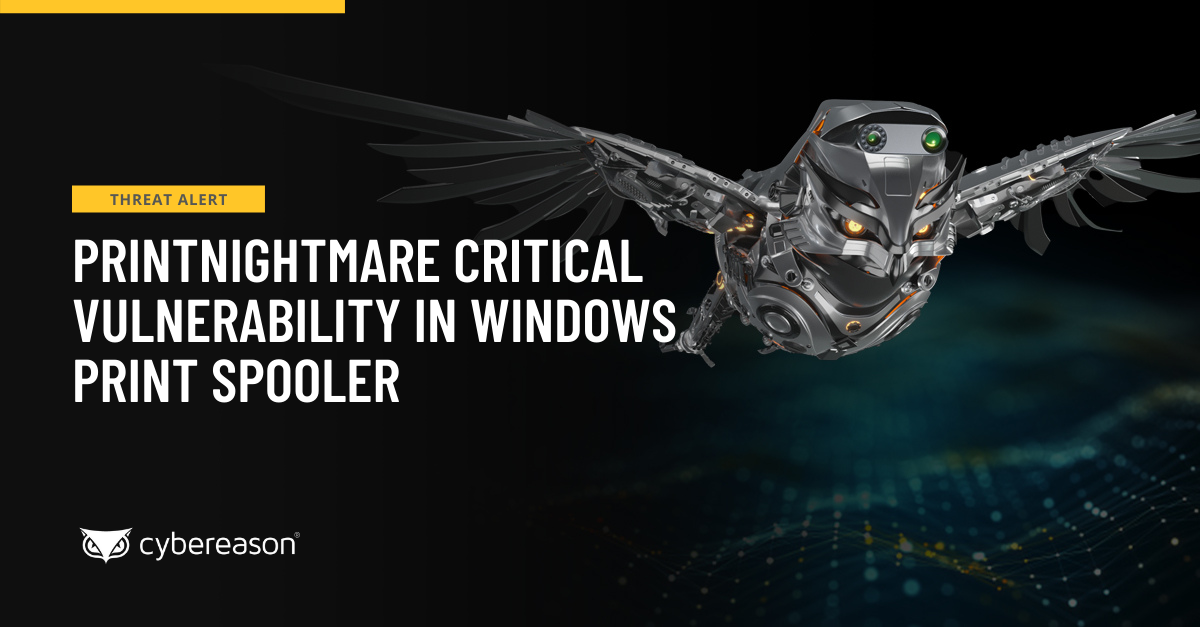 PrintNightmare is a critical vulnerability in the Windows Print Spooler service, which executes as the spoolsv.exe process in Windows systems. An adversary who successfully exploits the PrintNightmare vulnerability could achieve full control over a target system by executing arbitrary code, such as a dynamic link library (DLL) or a Windows executable, with administrative privileges. The adversary must be authenticated to the Windows Print Spooler service to take advantage of PrintNightmare.

According to the CERT Coordination Center at Carnegie Mellon University:

The RpcAddPrinterDriverEx() function is used to install a printer driver on a system. One of the parameters to this function is the DRIVER_CONTAINER object, which contains information about which driver is to be used by the added printer. The other argument, dwFileCopyFlags, specifies how replacement printer driver files are to be copied. An attacker can take advantage of the fact that any authenticated user can call RpcAddPrinterDriverEx() and specify a driver file that lives on a remote server. This results in the Print Spooler service spoolsv.exe executing code in an arbitrary DLL file with SYSTEM privileges.

When an adversary exploits the PrintNightmare vulnerability, the Windows Print Spooler service writes two files, kernelbase.dll and UNIDRV.dll, as well as any attacker-provided DLL or Windows executable in the %SYSTEM%\System32\spool\drivers\ directory (for example, in C:\Windows\System32\spool\drivers\x64\3). The vulnerable Windows Print Spooler service (spoolsv.exe) then executes the attacker-provided DLL or Windows executable with administrative privileges. The spoolsv.exe process executes the executable as a child process.

The Windows Print Spooler service writes and then executes the attacker-provided calc.dll

Aleksandar Milenkoski is a Senior Security Analyst with the Cybereason Global SOC (GSOC) team. He is involved primarily in reverse engineering and threat research activities. Aleksandar has a PhD degree in the area of system security. Prior to Cybereason, his work was focusing on research in the area of intrusion detection and reverse engineering security mechanisms of the Windows 10 operating system.