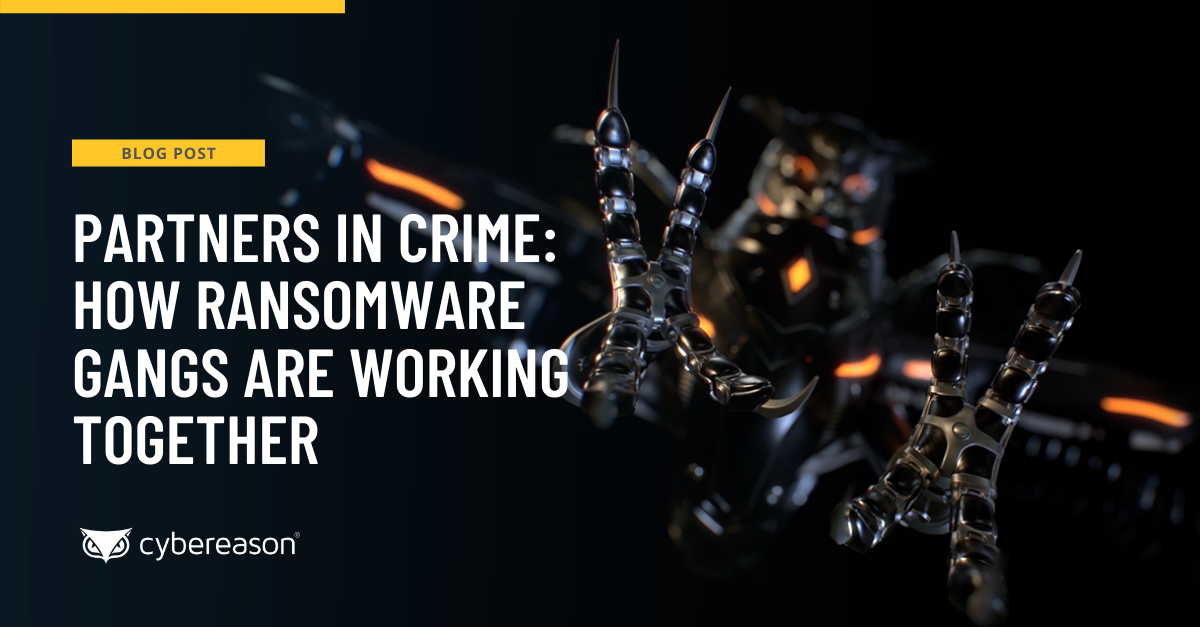 Partners in Crime: How Ransomware Gangs Are Working Together

By now, it’s clear that paying the ransom won’t necessarily help ransomware victims to recover their data. Paying up also doesn’t guarantee that victims will be safe from secondary attacks. According to our ransomware report, 80% of organizations that opted to pay a ransom demand ended up suffering another attack. Nearly half (46%) of those victims said they believed that the same attackers had infected them again, while 34% felt that it might have been someone else.

The last finding reflects how ransomware actors are working together to maximize their profits. But that raises some questions: What does collaboration between ransomware groups look like? Are there multiple avenues of collaboration open to ransomware attackers?

Sometimes, this collaboration involves ransomware attackers who decide to form cartels with other attack groups. One ransomware cartel took shape back in June 2020, as an example. At the time, Bleeping Computer reported that the Maze ransomware gang had published the information and files for an international architectural firm on its data leaks site. The data did not stem from one of Maze’s attacks, however. Rather, it originated from an incident involving the LockBit group.

Bleeping Computer contacted the Maze operators to find out more about what was going on. In response, the Maze gang said that it was working with LockBit to share its data leaks website along with its attack experience. It also indicated that it was working to bring other ransomware attack groups into its cartel.

Sure enough, a week after its original report, Bleeping Computer wrote that Maze’s data leaks site had published the information for a victim claimed by the Ragnar Locker operation.

Ransomware gangs are bad enough when they’re operating by themselves. Put them together, and they’re even worse, as they can feed off each other. That’s what happened in the case of Maze’s cartel. Per Bleeping Computer’s reporting in September 2020, LockBit ultimately decided to launch its own data leaks site after serving in Maze’s cartel. No doubt that experience helped to inform the gang’s double extortion efforts going forward.

As for double encryption, recovery becomes so much more difficult when multiple ransomware strains are involved. In the case of side-by-side encryption, victims need to know which systems suffered an infection by which ransomware so that they can deploy the necessary decrypter. They won’t be able to successfully recover their data otherwise. Layered encryption carries a similar challenge, only this time, organizations need to know which decrypter to deploy first.