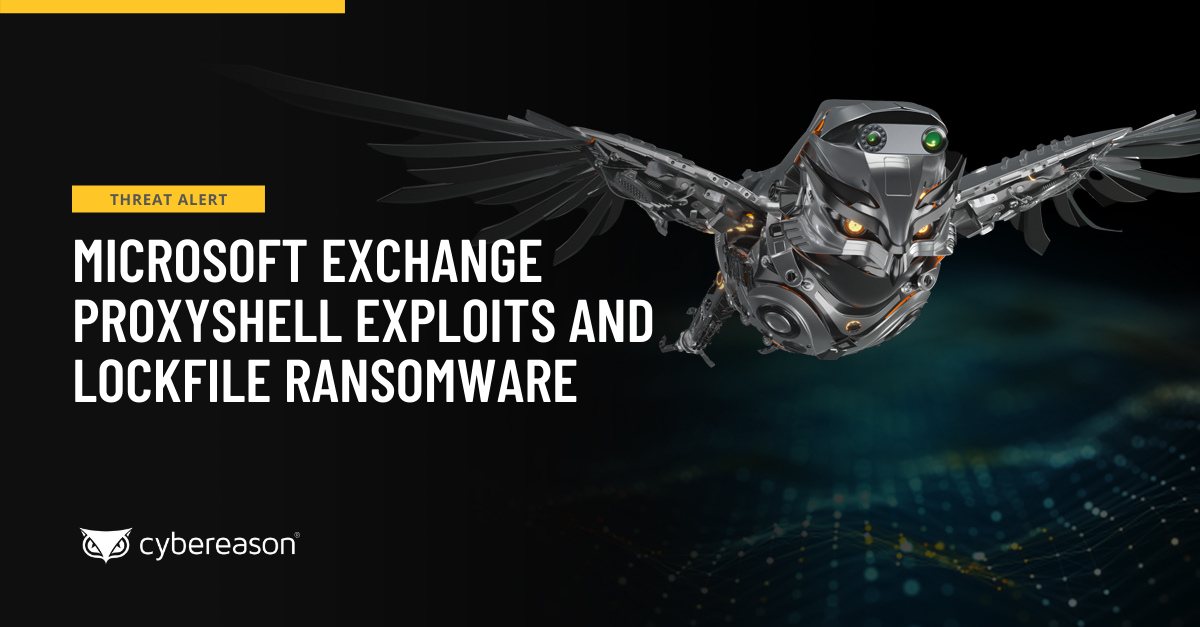 The exploitation of the ProxyShell vulnerabilities enables attackers to execute arbitrary commands on compromised systems, which may lead to full system compromise and/or the deployment of malware.

The attack scenario that the Cybereason MDR team investigated involves malicious actors exploiting the ProxyShell vulnerabilities and subsequently deploying the LockFile ransomware on the compromised hosts.

Malicious actors that have exploited the ProxyShell vulnerabilities typically deploy web shells at compromised Microsoft Exchange servers in order to conduct further post-exploitation activities, such as downloading and executing additional payload. Adversaries often deploy web shells in the form of .aspx files and place them in directories associated with the Microsoft Internet Information Services (IIS) component, such as inetpub\wwwroot\aspnet_client. The commands that malicious actors execute via the web shells are executed from the context of the w3wp.exe process, a worker process for IIS.

The Cybereason MDR team has observed malicious actors executing the wget utility, a free utility for non-interactive download of files from the Internet, in order to download from an attackers’ controlled endpoint an executable file that exploits the vulnerability CVE-2021-36942.

The executable file that the malicious actors download and exploits the PetitPotam vulnerability is efspotato.exe. The actors then execute efspotato.exe in order to compromise a Domain Controller and ultimately deploy the LockFile ransomware to the machines that are part of the Active Directory domain:

One such process executes the ping command, pinging the local loopback address - 127.0.0.1,  whereas the rest spawn wmic.exe processes. The wmic.exe processes terminate processes whose names contain specific substrings, such as sqlservr, oracle, and virtualbox, likely in order for the operating system to release files used by these processes for encryption by the ransomware:

An overview of the operation of the LockFile ransomware 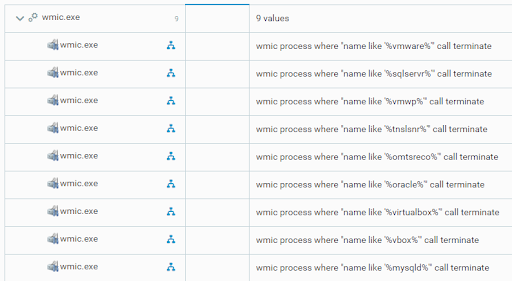 The LockFile ransomware then enumerates and encrypts files. LockFile changes the filename extension of the encrypted files to .lockfile:

The ransom note of the LockFile ransomware

Aleksandar Milenkoski is a Senior Threat and Malware Analyst with the Cybereason Global SOC (GSOC) team. He is involved primarily in reverse engineering and threat research activities. Aleksandar has a PhD degree in the area of system security. Prior to Cybereason, his work was focusing on research in the area of intrusion detection and reverse engineering security mechanisms of the Windows 10 operating system.

Eli is a lead threat hunter and malware reverse engineer at Cybereason. Eli has worked in the private sector of the cyber security industry for a couple of years now. In his free time he publishes articles about malware research and threat hunting.