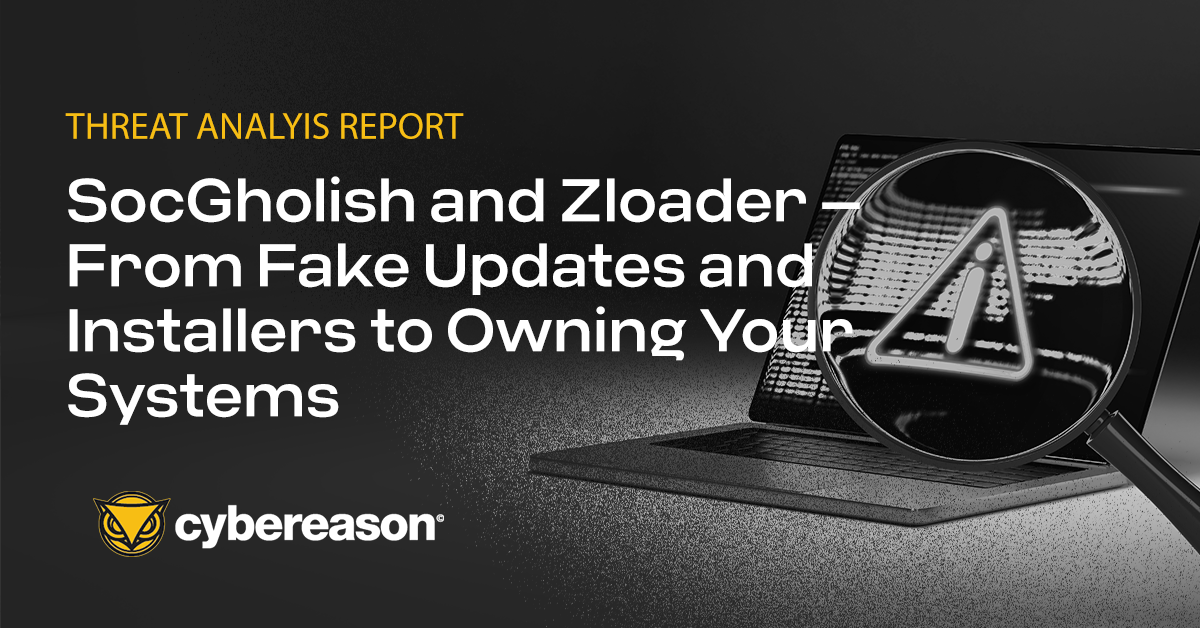 This Threat Analysis report provides insight into three selected attacks, which involve the SocGholish and Zloader malware masquerading as legitimate software updates and installers of popular applications. We present the deployment of the malware on compromised systems and the activities of the malware operators, including an activity timeline.

SocGholish is an attack framework that malicious actors have used since at least 2020. The term Soc refers to the use of social engineering to deploy malware on systems. SocGholish operators host a malicious website that implements a drive-by-download mechanism, such as JavaScript code or uniform resource locator (URL) redirections, to trigger the download of an archive file that contains malware.

The website displays content that might lure end-users, such as critical browser updates. To infect the system, an end-user has to first manually decompress the archive file and then execute the malware by double-clicking. An infection with SocGholish may result in the deployment of the Cobalt Strike framework and ransomware.

Zloader is a malware primarily designed to steal credentials and sensitive data, but it also has backdoor capabilities and it can act as a malware loader to deliver further malware on compromised systems. For example, in the past, Zloader has distributed the destructive Egregor and Ryuk ransomware.

First discovered in 2016, Zloader is under continuous development with more recent versions featuring detection evasion capabilities, such as disabling Windows Defender and using living-off-the-land executables to conduct malicious activities. In the past, malicious actors have distributed the Zloader malware as malicious attachments to emails.

In the period between December 2021 and the time of writing, the Cybereason MDR team has observed an increase in the number of attacks involving SocGholish and Zloader. In the attacks involving Zloader, malicious actors had distributed Zloader to systems through malicious websites that have the malware masquerading as an installer of popular applications, such as TeamViewer. Analysis of SocGholish and Zloader

The flowchart below depicts a typical system infection with the SocGholish framework:

Infection with the SocGholish framework

To infect the system, an end-user has to first manually decompress the JavaScript script, for example, by using the Windows built-in archive utility or third-party utilities such as WinRAR, and then execute the script. If the Microsoft Windows Script Host (WSH) mechanism is not disabled on the system, WSH executes the script using the wscript or the cscript utility and the WSH JavaScript/JScript execution engine:

The figure below depicts a typical JavaScript script (Chrome.Update.d37fc6.js) that a malicious website with a browser update theme has been distributing to end-users: We emphasize that the Chrome.Update.d37fc6.js script is representative of many other scripts that malicious websites with browser update themes have been distributing to end-users:

The flowchart below depicts an overview of the activities that SocGholish operators have conducted on an infected system: As we have seen in the Infection Section, the wscript.exe utility first executed a JavaScript script named Chrome.Update.fd1967.js that resided in an archive file. Soon after the script executed and until approximately 57 minutes later, wscript.exe conducted information gathering activities and stored the gathered information in the files radF9A4F.tmp and rad994D1.tmp, placed in the end-user’s AppData folder, for potential future exfiltration:

Approximately one hour and 27 minutes later, wscript.exe first renamed a file with the .tmp file extension, rad63F7D.tmp, to ef32e4cf.js and then executed the JavaScript script ef32e4cf.js using the wscript.exe utility.

Approximately 9 minutes later, the wscript.exe instance that had executed the ef32e4cf.js script obtained user and filesystem information by executing the following commands:

wscript.exe also renamed a file with the .tmp file extension, radCC48D.tmp, to the Windows dynamic-link library (DLL) file wimgapi.dll and then executed the DLL through the WIMDeleteImageMounts entry point by capturing the output in the C:\Users\<user>\AppData\Local\Temp\rad5FAF1.tmp file. wscript.exe also copied the rundll32.exe executable to the wim.exe file in the %ProgramData%\wim folder:

wscript.exe executes wimgapi.dll (as seen in the Cybereason XDR Platform)

Over a period of 8 hours and 30 minutes:

wimgapi.dll injects the SharpView tool into an instance of the werfault.exe process (as seen in the Cybereason XDR Platform)

The code that outlook.exe hosts conducts reconnaissance activities (as seen in the Cybereason XDR Platform)

In addition to the activities above, the code that ran in explorer.exe, outlook.exe, svchost.exe, and taskhostw.exe executed instances of the werfault.exe process and injected the following tools into the instances:

Approximately 7 hours after wimgapi.dll DLL was executed, over a period of approximately 24 minutes, the operators conducted further reconnaissance activities by executing the commands ipconfig and nltest. The operators also searched for the cpassword field in Group Policy files stored in the Policies folder in SYSVOL folders by executing the command findstr /s /i /m "cpassword" \\<domain>\sysvol\<domain>\Policies\*.*, where <domain> is the domain name of an AD domain controller.

In addition to searching for the cpassword field, the operators copied the files Centrifydc_settings.xml, Groups.xml, and ScheduledTasks.xml from shared SYSVOL folders to the ProgramData folder. These files may contain cpassword fields, which store passwords that the malicious actors can decrypt, as well as additional settings data that is relevant from an information-gathering perspective.

Approximately 23 hours after wimgapi.dll was executed, the %ProgramData%\wim\wim.exe executable, that is, rundll32.exe, executed the wimgapi.dll DLL through the WIMDeleteImageMounts entry point again to conduct further reconnaissance activities by executing the net and ping commands.

During their operation, the wimgapi.dll DLL as well as the injected code into svchost.exe and taskhostw.exe transferred over 30 MB of data to an endpoint with the IP address 5.53.125[.]173 (domain name: sikescomposites[.]com), which is located in Russia.

The flowchart below depicts an overview of the activities that SocGholish operators have conducted on an infected system: As we have seen in the Infection section, the wscript.exe utility first executed a JavaScript script named Chrome.Update.2022d8.js that resided in an archive file. Soon after the script was executed and until approximately 10 minutes later, wscript.exe gathered current user information and stored the gathered information in the file radFFBA5.tmp, placed in the user’s AppData folder, for potential future exfiltration:

Approximately 3 days and 10 minutes after wscript.exe gathered user information, wscript.exe enumerated the services that ran on the compromised machine using a PowerShell command that invoked Windows Management Instrumentation (WMI) functionalities and stored the output in the file radD4878.tmp:

wscript.exe enumerates services (as seen in the Cybereason XDR Platform) During the execution of wscript.exe, wscript.exe communicated with the attacker-controlled endpoint with an IP address of 87.249.50[.]201 (domain name: [random hexadecimal value].xen.hill-family[.]us), located in Russia.

vgauthservice.exe creates werfault.exe processes and injects code into them (in the Cybereason XDR Platform)

During its operation, the vgauthservice.exe process transferred over 9 MB of data to an endpoint with the IP address 77.223.98[.]12 over TCP port 443 (domain name: pastorq[.]com), which is located in Russia.

The table below summarizes the activities that are most prevalent across all infections with SocGholish that the Cybereason MDR team has observed:

The Cybereason MDR team observed malicious actors distributing Zloader to systems through malicious websites that have masqueraded the malware as an installer of popular applications, such as TeamViewer. When an end-user downloads and executes a malicious software installer that delivers Zloader – an executable in Microsoft Installer (msi) format, for example, TeamViewer.msi – the installer writes a Windows executable file named internal.exe on the hard disk and executes it.

flashupdate.ps1 executes the command wmic.exe computersystem get domain to determine whether it executes in an Active Directory (AD) environment.

If flashupdate.ps1 does not execute in an AD environment, the script downloads a GNU Privacy Guard (gpg)-encrypted file that implements Zloader (filename: zoom.dll). Otherwise, the script downloads gpg-encrypted files that implement a CobaltStrike module and an Atera remote access component (filenames: zoom1.msi and zoom2.dll). The PowerShell script then downloads the gpg4win tool for decryption purposes and runs a Windows Batch script named ais.bat.

ais.bat downloads the NSudo tool (executable: adminpriv.exe) from the attacker-controlled endpoint commandaadmin[.]com and uses the tool to conduct a variety of activities with administrative privileges, such as disabling the Windows Defender security solution.

ais.bat also executes the apiicontrast.dll and appContast.dll files. Note that apiicontrast.dll and appContast.dll are digitally signed by Microsoft and are therefore masquerading as legitimate files – the vulnerability CVE-2013-3900 allows for malicious actors to append malicious script content to the digital signature section of legitimate Windows Portable Executable files without invalidating the digital signature.

After a sleeping phase, the malicious script in apiicontrast.dll decrypts the gpg-encrypted files zoom1.msi,  zoom.dll, and/or zoom2.dll (i.e., a Cobalt Strike module, an Atera remote access component, and the Zloader malware) using gpg4win, and executes the executables: The Cybereason XDR Platform is able to detect and prevent infections with SocGholish and Zloader using multi-layer protection that detects and blocks malware with threat intelligence, machine learning, and Next-Gen Antivirus (NGAV) capabilities: 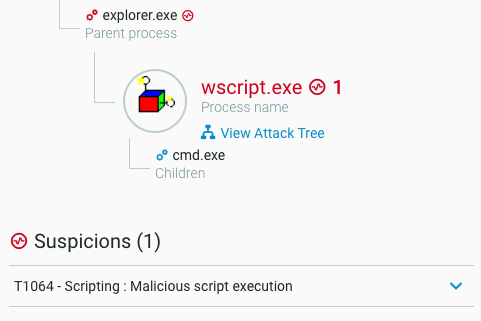 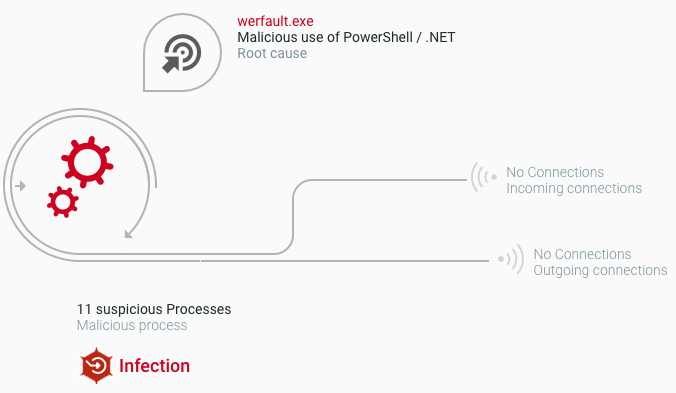 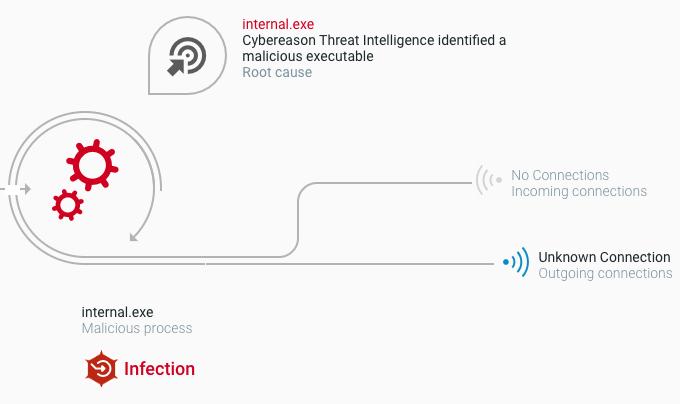 The Cybereason XDR Platform detects the deployment of the Zloader malware 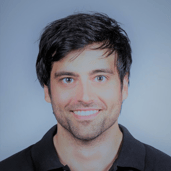 Aleksandar Milenkoski is a Senior Malware and Threat Analyst with the Cybereason Global SOC team. He is involved primarily in reverse engineering and threat research activities. Aleksandar has a PhD in system security. For his research activities, he has been awarded by SPEC (Standard Performance Evaluation Corporation), the Bavarian Foundation for Science, and the University of Würzburg, Germany. Prior to Cybereason, his work focussed on research in intrusion detection and reverse engineering security mechanisms of the Windows operating system. 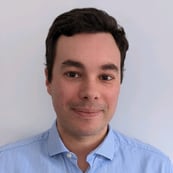 Loïc Castel is a Senior Security Analyst with the Cybereason Global SOC team. Loïc analyses and researches critical incidents and cybercriminals, in order to better detect compromises. In his career, Loïc worked as a security auditor in well-known organizations such as ANSSI (French National Agency for the Security of Information Systems) and as Lead Digital Forensics & Incident Response at Atos. Loïc loves digital forensics and incident response, but is also interested in offensive aspects such as vulnerability research. 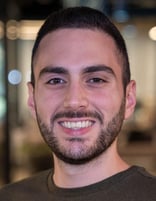 Yonatan Gidnian is a Senior Security Analyst and Threat Hunter with the Cybereason Global SOC team. Yonatan analyses critical incidents and hunts for novel threats in order to build new detections. He began his career in the Israeli Air Force where he was responsible for protecting and maintaining critical infrastructures. Yonatan is passionate about malware analysis, digital forensics, and incident response.