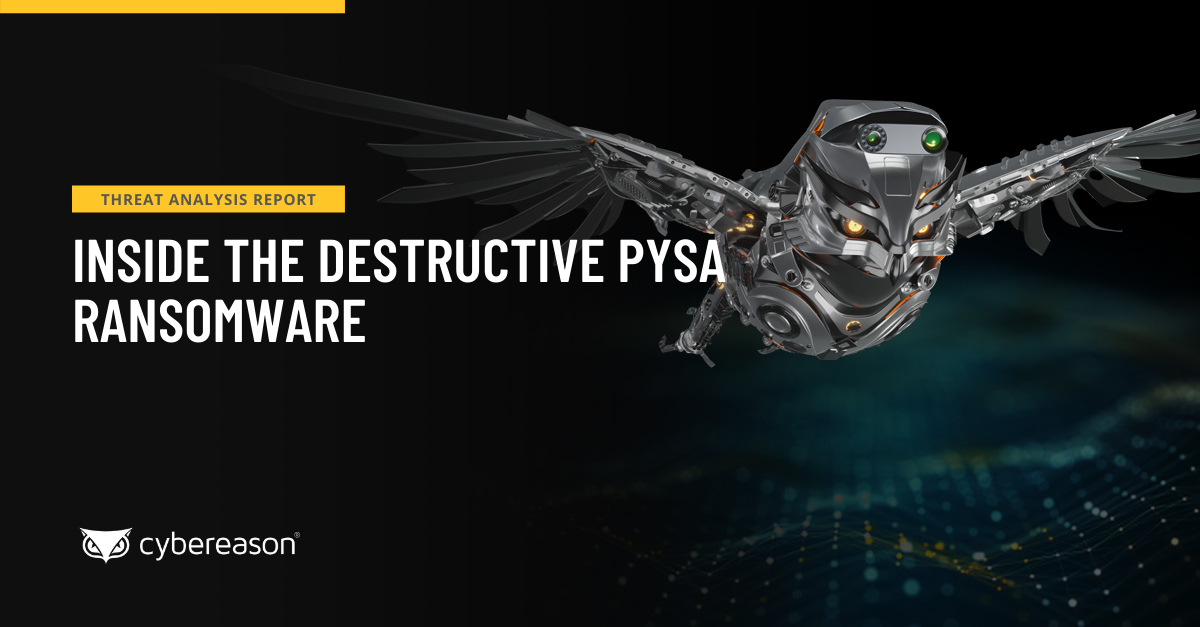 In this Threat Analysis Report, the GSOC investigates the PYSA ransomware. The PYSA ransomware came into awareness earlier this year when the Federal Bureau of Investigation (FBI) reported on the ransomware’s increased activity and high damaging impact.

The threat actors behind PYSA deploy the ransomware as part of attack operations with high-stake targets, such as government authorities, educational institutions, and the healthcare sector. This Threat Analysis report focuses on the implementation of the PYSA ransomware and the ransomware’s internal working principles when deployed on a compromised system.

What is PYSA Ransomware?

PYSA is a new variant of the Mespinoza ransomware that first came to prominence in October 2019 when it infected large corporate networks. The French national computer emergency response team (CERT) reported in April 2020 that the PYSA ransomware has also targeted French local authorities. This has significantly raised the profile of this ransomware in the threat landscape. In March 2021, the FBI issued an alert stating that they have observed an increase in the PYSA ransomware targeting education institutions in 12 US states and the United Kingdom.

The operators of the PYSA ransomware have specifically targeted higher education, K-12 schools, and seminaries. In addition, the FBI reports on PYSA ransomware attacks targeting US and foreign government entities, private companies, and the healthcare sector since March 2020. In June 2021, the BlackBerry Threat Research and Intelligence SPEAR Team reported that it had observed the actors behind the PYSA ransomware conducting fully developed attack operations and deploying the ransomware at selected target organizations.

PYSA is a human-operated ransomware that does not have self-propagation capabilities. Threat actors manually deploy the PYSA ransomware as part of full attack operations. The FBI reports that the PYSA ransomware operators typically gain initial access to target systems through phishing email messages or by compromising credentials, such as brute-forcing Active Directory domain credentials or Remote Desktop Protocol (RDP) credentials.

Prior to the deployment of the PYSA ransomware on a compromised system, the malicious actors use publicly available and/or open-source tools for credential theft, stealthiness, privilege escalation, lateral movement, and so on. For example, they use the Advanced Port Scanner and the Advanced IP Scanner tools developed by Famatech Corp, which are port scanning and information gathering tools that enable users to discover and gather information on services running on network computers.

In addition, the ransomware operators use the tools PowerShell Empire, Koadic, PsExec, and Mimikatz for credential theft and lateral movement. Before deploying the PYSA ransomware, the actors execute PowerShell scripts that stop or remove system security mechanisms, such as Windows Defender. They also delete system restore snapshots and shadow copies so that victims cannot restore data encrypted by the ransomware.

Furthermore, the FBI reports that malicious actors use the WinScp tool for data exfiltration from victim systems before the data is encrypted. Also, the actors behind the PYSA ransomware use a double extortion tactic - if the victim refuses to pay for data decryption, the malicious actor threatens to leak the data online or sell it for profit: 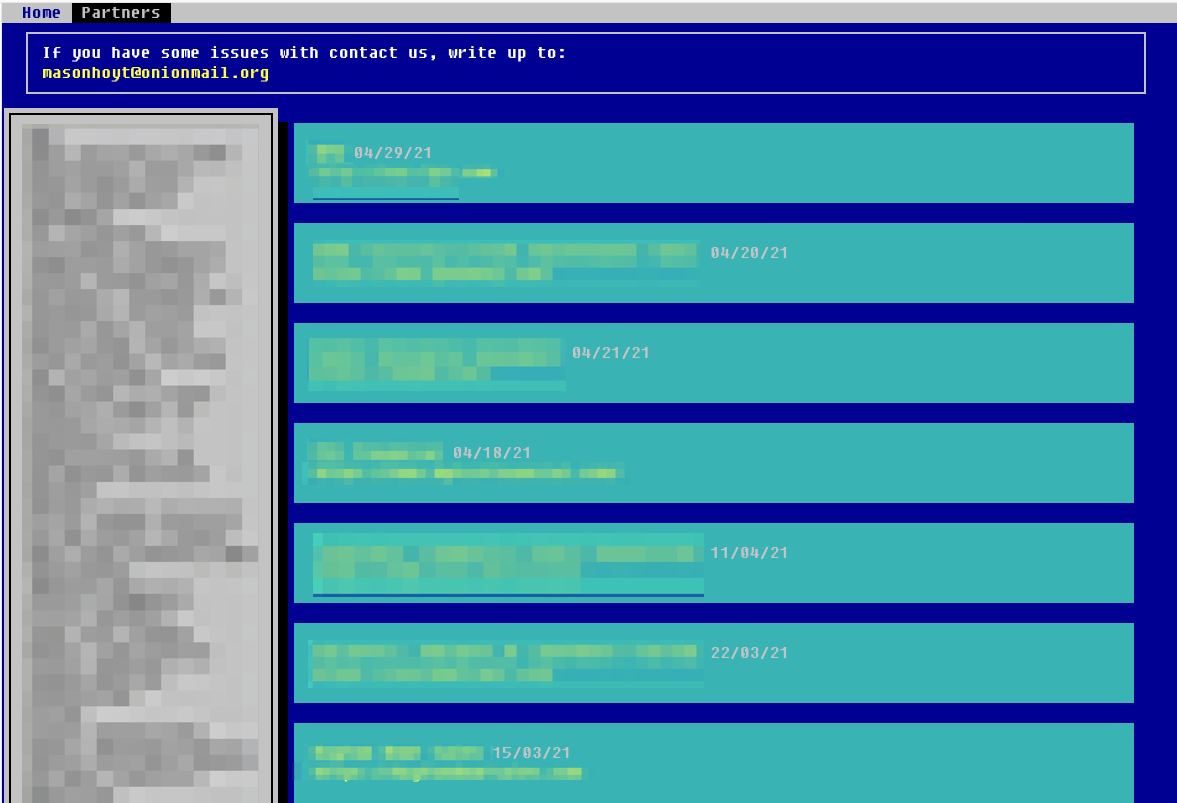 The operators of the PYSA ransomware communicate with their victims only via email. They refer to victims as “partners” and they do not use mechanisms typical for the currently trending Ransomware-as-a-Service (RaaS) business model, such as a ticketing system for communication with victims or online decryption services.

The PYSA ransomware is implemented in the C++ programming language and uses the open-source CryptoPP C++ library for data encryption. The ransomware encrypts data by applying a hybrid encryption approach that combines the use of the Advanced Encryption Standard-Cipher Block Chaining (AES-CBC) and the Rivest, Shamir, Adleman (RSA) encryption algorithms. This is to maximize both encryption performance and security. 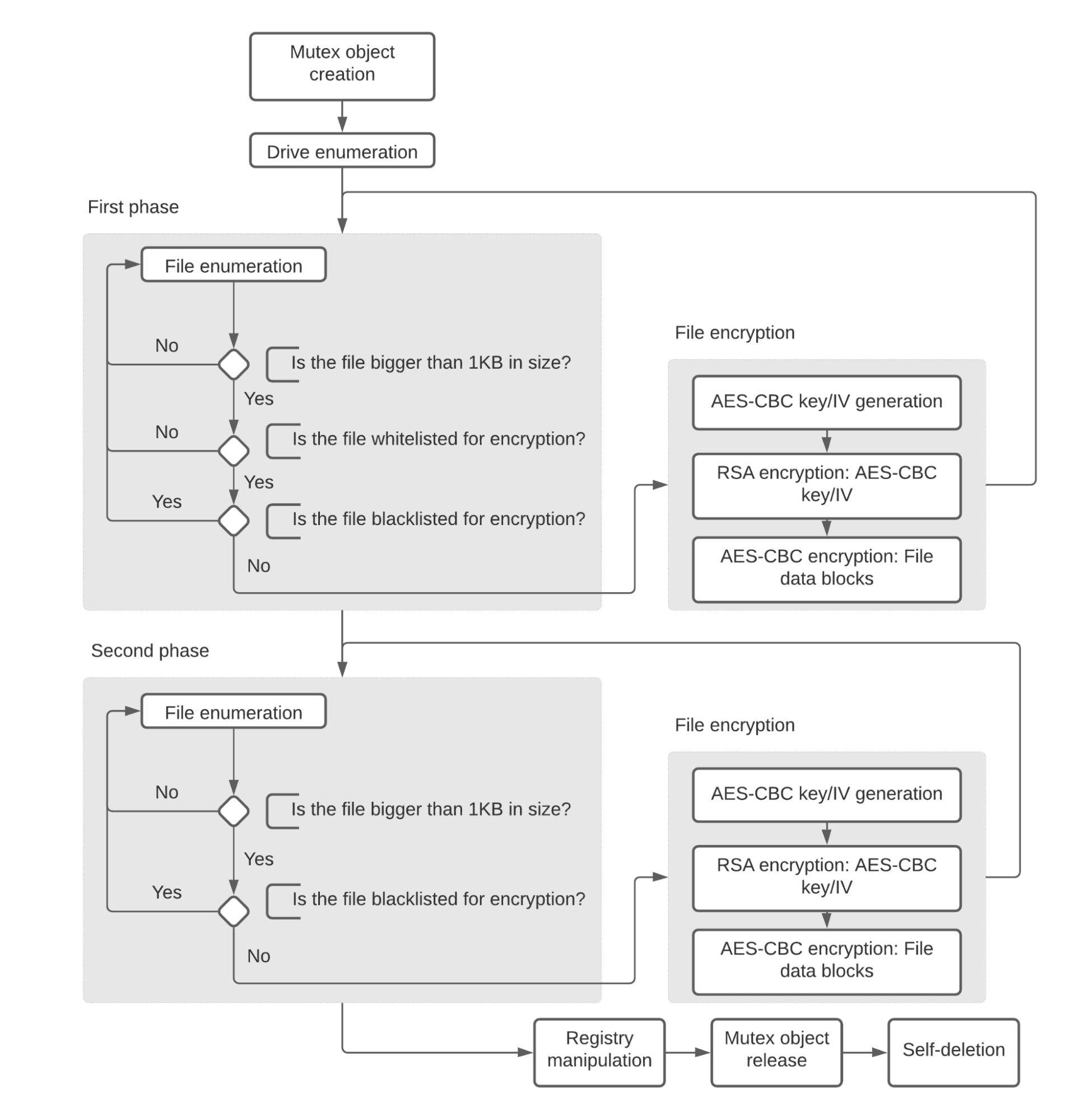 Summarizing overview of the operation of the PYSA ransomware

In both phases, the PYSA ransomware:

PYSA does not encrypt the aforementioned files because encrypting system-critical files and files that have filename extensions typical for executable files (.exe, .dll, and .sys) renders the compromised system unbootable and unusable. In addition, the PYSA ransomware creates files itself with the filename extensions .README and .pysa. The encryption of these files means encrypting the ransom note and encrypting files already encrypted by PYSA: 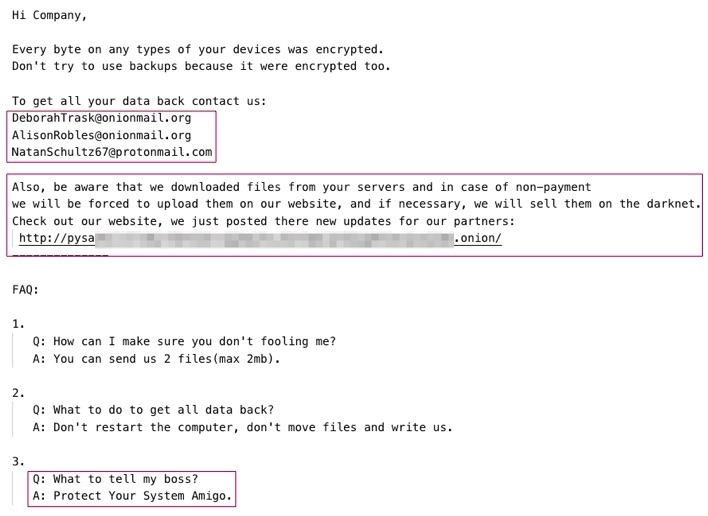 The ransom note left by the PYSA ransomware on compromised systems

Before encrypting a file, the PYSA ransomware first renames the file by appending the filename extension .pysa to the filename, for example, test.txt becomes test.txt.pysa. PYSA then encrypts the file by applying a hybrid encryption approach. This approach combines the use of the AES-CBC and the RSA encryption algorithms. This is to maximize both encryption performance and security.

For each file being encrypted, PYSA first generates two random arrays of 16 bytes. The first byte array is an AES-CBC symmetric encryption key and the second is an initialization vector (IV). PYSA then encrypts the AES-CBC key and the IV using a 4096-bit RSA public key. This public key is Abstract Syntax Notation One (ASN.1)-encoded and is stored in Distinguished Encoding Rules (DER) format in the file that implements the PYSA ransomware: 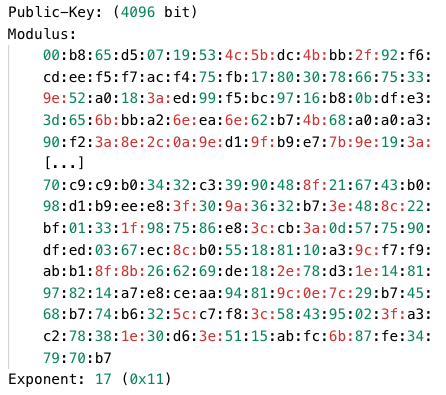 The PYSA ransomware then uses the HexEncoder class of CryptoPP library to encode in strings the data segments that are the encrypted AES-CBC key and IV. This encoding represents the digits of the hexadecimal representation of the bytes of these data segments as uppercase American Standard Code for Information Interchange (ASCII) characters.

The RSA-encrypted form of the AES-CBC key and IV is 512 bytes big due to the 4096-bit RSA key used for encryption. Therefore, the encoding operation results in two strings of 1024 bytes: 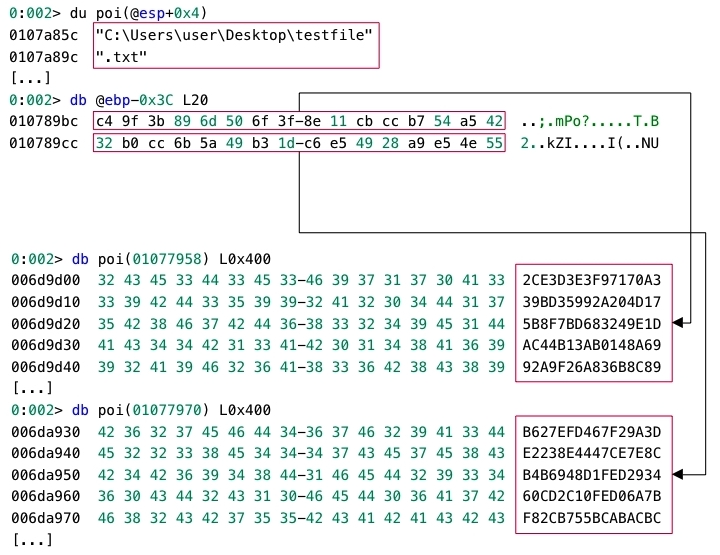 where ⌊⌋ is the floor function and filesize is the size of the file in bytes.

The ransomware then appends to the end of the file the strings that store the encrypted forms of the AES-CBC key and IV. Since each of these strings is 1024 bytes big, the size of the file that PYSA has encrypted is greater by 2 KB than the size of the original, unencrypted file. The ransomware then proceeds to encrypt the next file designated for encryption:

The encrypted form of an AES-CBC key and IV, appended to the end of a file

After it encrypts all files designated for encryption, the PYSA ransomware stores the value PYSA in the registry key HKEY_LOCAL_MACHINE\SOFTWARE\Microsoft\Windows\CurrentVersion\Policies\System\legalnoticecaption and the ransom note in the registry key HKEY_LOCAL_MACHINE\SOFTWARE\Microsoft\Windows\CurrentVersion\Policies\System\legalnoticetext. This displays the ransom note to users at system start-up, which effectively brings the users’ attention to it.

The Cybereason Defense Platform is able to detect and prevent the execution of the PYSA ransomware using multi-layer protection that detects and blocks ransomware with threat intelligence, machine learning and next-gen antivirus (NGAV) capabilities:

The Anti-Malware feature of the Cybereason Defense Platform detects and prevents the execution of the PYSA ransomware. Behavioral detection techniques in the platform are able to detect and prevent any attempt to encrypt files and automatically generates a MalOpTM for it:

In this section, the Cybereason GSOC provides additional, proactive ways for detecting the presence of the PYSA ransomware in systems, and defending against this threat.

The following YARA rule is useful for detecting the presence of the PYSA ransomware in the context of running processes or in the filesystem:

Aleksandar Milenkoski is a Senior Security Analyst with the Cybereason Global SOC team. He is involved primarily in reverse engineering and threat research activities. Aleksandar has a PhD in system security. Prior to Cybereason, his work focussed on research in intrusion detection and reverse engineering security mechanisms of the Windows 10 operating system.