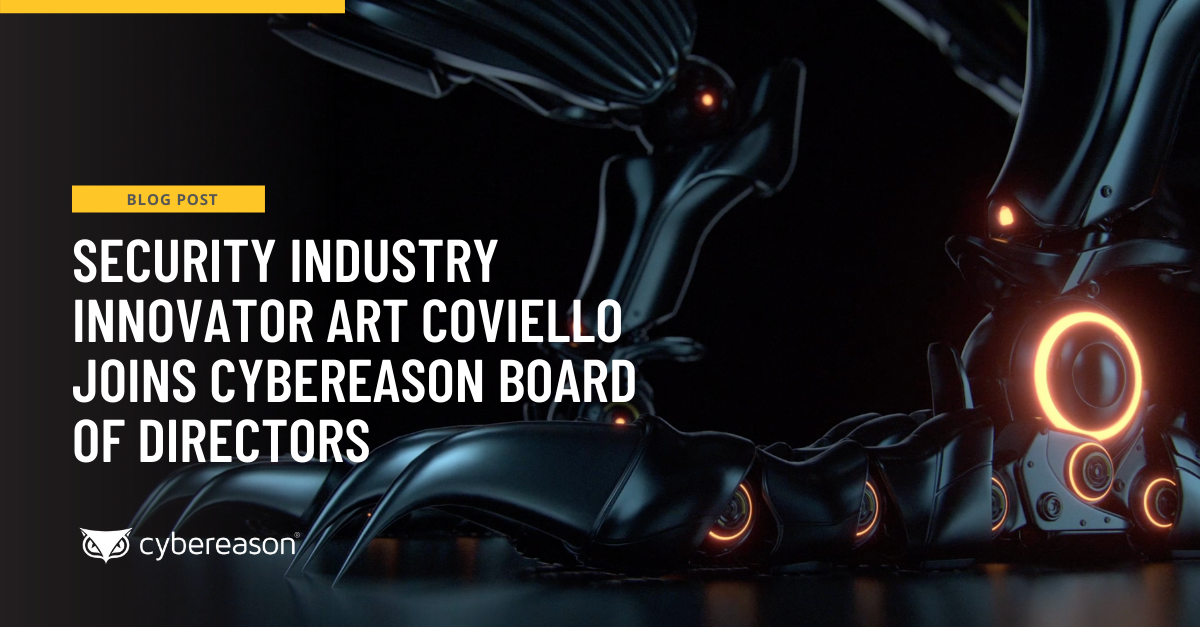 Cybereason is honored to announce that security industry pioneer Art Coviello Jr. has joined the Cybereason Board of Directors. Coviello is a cybersecurity icon who formerly served as President and CEO of RSA Security, and as Executive Vice President of EMC, heading the Security Division following its acquisition of RSA.

Mr. Coviello has been a central figure in the security industry for more than 25 years. Under his leadership, he built RSA Conference into the most respected, vendor agnostic event in cybersecurity. He has played key roles in national and international cybersecurity initiatives and is a regular speaker at conferences and forums around the world. While at RSA Security, Coviello led and managed the Company’s revenue growth from its early stages to over $1 billion.

“The frenetic pace of digital technology adoption is accelerating. The ongoing march of innovation on top of innovation will literally change the fabric of society for good or ill. And without a commensurate improvement in the way we defend ourselves, it will be for naught,” said Coviello.

“What first impressed me about Cybereason was its unique patented MalOp™ (Malicious Operations) technology that gives defenders the opportunity to discover breaches in their earliest stages before they can become major security events for organizations. The technology is designed to rise above your operation with an XDR solution that meets the adversaries’ malicious operation at all levels of your infrastructure. No solution has that visibility and can correlate and analyze as much data from as many sources as Cybereason."

Since RSA, Coviello has been an active investor and advisor in the technology industry. He has guided a number of startups as a private investor and in his role as an advisor to several venture funds and as a Senior Advisor to Blackstone’s Tactical Opportunities Group.

“Art Coviello is a cybersecurity industry authority, visionary, and one of the most influential information security leaders of the past 30 years,” said Lior Div, Cybereason’s Chief Executive Officer and Co-founder.

"His joining the Cybereason Board of Directors as we experience hypergrowth in North America and across all global regions will prove instrumental as we further innovate and open new markets to organizations facing the daily onslaught of cyberthreats from sophisticated, motivated and well-funded adversaries."