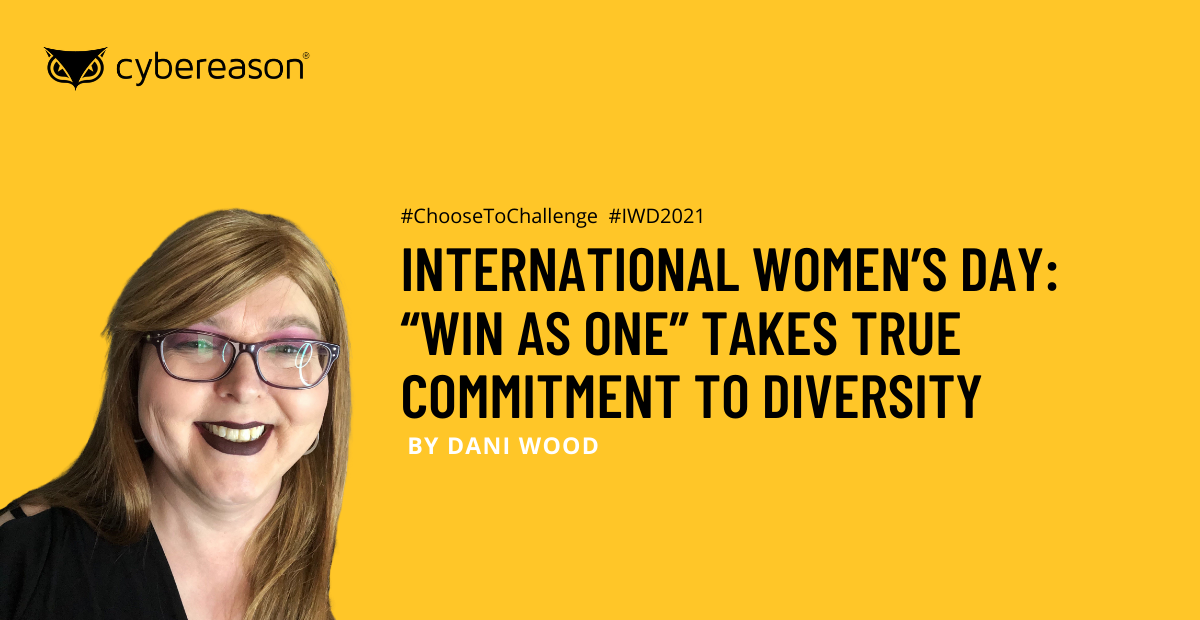 “As a woman...” I haven’t really used that phrase for very long. Eight years ago, I came out as a transgender woman, very late in life. And even today I find myself fighting forty years of my own preconceived notions of what I had to be in order to say those words.

For forty years I presented as male, and while not without its own challenges, it afforded me a great many privileges and benefits that I scarcely understood at the time. When I started my transition in earnest, presenting as a female regularly, I endured and came to understand more and more of the shots that women take every day in the technology arena.

This included being interrupted endlessly and being belittled by peers, eventually escalating to the point of being exorcised from my role as a Director of Security Operations and Incident Response. This was despite having over 25 years of technology experience including over 10 in the Cybersecurity space performing Incident Response for Federal Government and Fortune 500.

I was at a point where I felt completely demoralized, and I was seriously thinking of a significant career change - to what I had no idea, I just wanted out of technology. I wanted to be in a space where my opinions and my efforts were appreciated and mattered. So, I had low expectations of my next job as a SOC analyst for a small startup known as Cybereason. It felt like a step backwards.

Cybereason, as it turned out, was different. Many organizations encapsulate their core values in terms of business success, or some mission statement about taking care of the customer, or in some platitude about non-discrimination. At Cybereason, our five core values are the foundation for how we will do business, and in the process, how we will treat each other.

These ideals are all summed up by our fifth value, “win as one,” we succeed or fail together, as a team, regardless of gender identity, sexual orientation, religion, or race. I am inspired every day by this approach and the modeling of it, as behavior, by our management team.

I’ve been afforded by the company the opportunity to speak at conferences, on national television, and to women’s groups about areas of my own competency in cybersecurity, but also in support of women in the workplace. When I was asked to write a blog entry on International Women’s Day, I was thrilled to be seen as someone who might contribute yet again to our message.

So, I leave our future and current women leaders with this thought: you can succeed. If you can’t find a place where you can “win as one,” work with others to create one. You can make the world a better place, and you can be part of this industry which is both exciting and innovative.

Dani Wood, Senior Director of Partner Service Delivery, has 30+ years of technology industry experience. During the last 14 years, she has provided forensics and incident response support for US Federal and state organizations and as well as Fortune and Global 100 companies.

All Posts by Danielle Wood