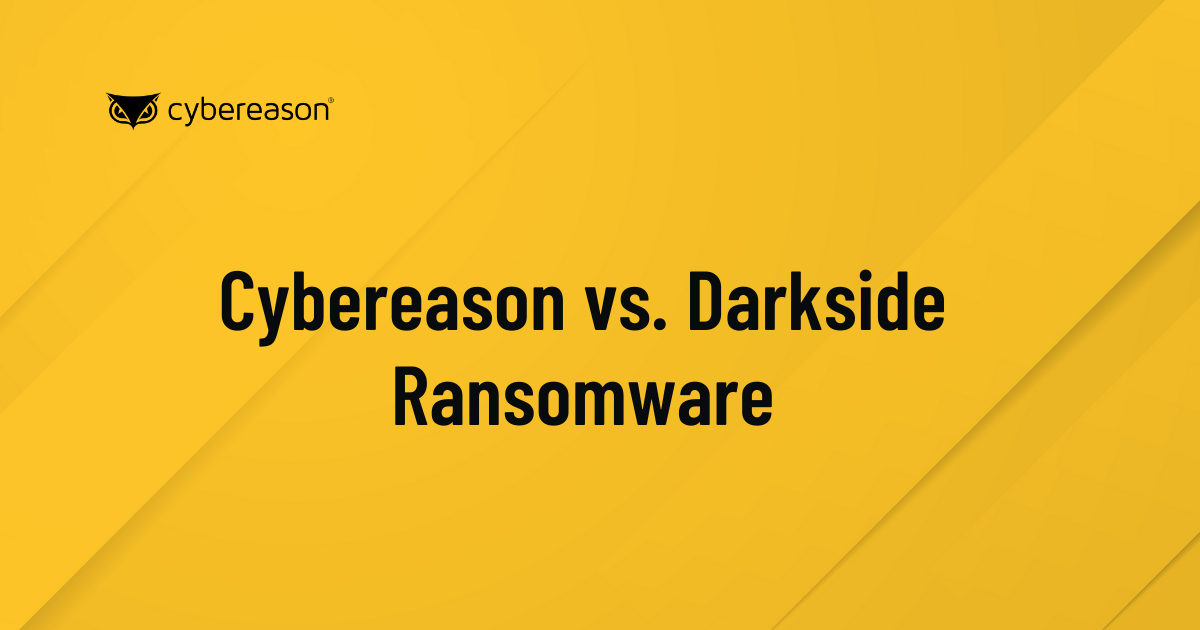 DarkSide is a relatively new ransomware strain that made its first appearance in August 2020. DarkSide follows the RaaS (ransomware-as-a-service) model, and, according to Hack Forums, the DarkSide team recently made an announcement that DarkSide 2.0 has been released. According to the group, it is equipped with the fastest encryption speed on the market, and even includes Windows and Linux versions.

The team is very active on hack forums and keeps its customers updated with news related to the ransomware. In an effort to grow and expand their operations, the group has started an affiliates program for potential users.

Like many other ransomware variants, DarkSide follows the double extortion trend, which means the threat actors not only encrypt the user’s data, but first exfiltrate the data and threaten to make it public if the ransom demand is not paid. This technique effectively renders the strategy of backing up data as a precaution against a ransomware attack moot.

DarkSide is observed being used against targets in English-speaking countries, and appears to avoid targets in countries associated with former Soviet Bloc nations. The ransom demand ranges between US$200,000 to $2,000,000, and according to their website, the group has published stolen data from more than 40 victims, which is estimated to be just a fraction of the overall number of victims: 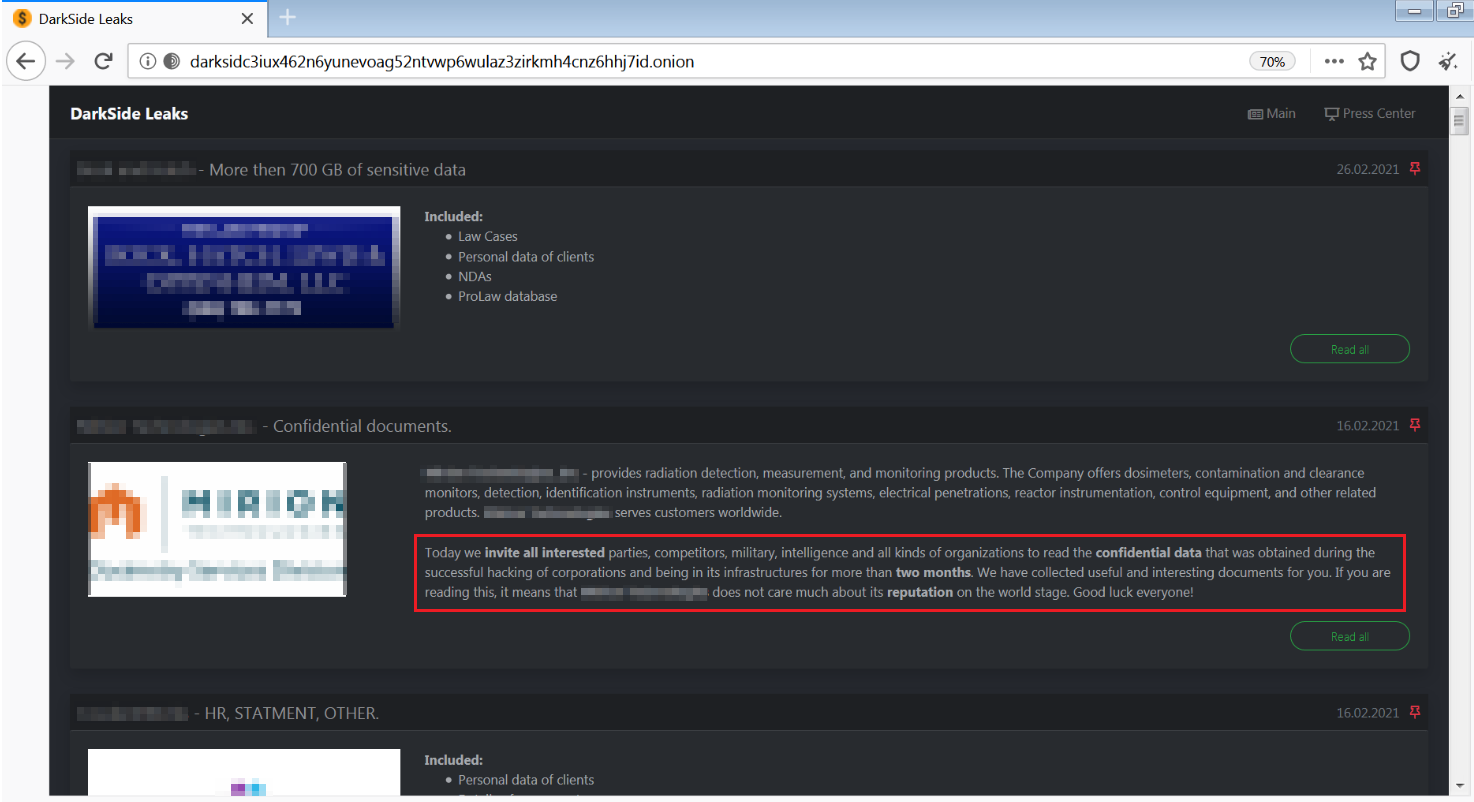 Unlike many ransomware variants such as Maze, which was employed to successfully attack suburban Washington schools, the group behind DarkSide appears to have a code of conduct that prohibits attacks against hospitals, hospices, schools, universities, non-profit organizations, and government agencies:

• Emerging Threat: In a short amount of time, the DarkSide group has established a reputation for being a very “professional” and “organized” group that has potentially generated millions of dollars in profits from the ransomware.

• High Severity: The Cybereason Nocturnus Team assesses the threat level as HIGH given the destructive potential of the attacks.

• Human Operated Attack: Prior to the deployment of the ransomware, the attackers attempt to infiltrate and move laterally throughout the organization, carrying out a fully-developed attack operation.

• Aiming Towards the DC: The DarkSide group is targeting domain controllers (DCs), which puts targets and the whole network environment at great risk.

The DarkSide group is a relatively new player in the game of ransomware. Despite being a new group, though, the DarkSide team has already built itself quite a reputation for making their operations more professional and organized. The group has a phone number and even a help desk to facilitate negotiations with victims, and they are making a great effort at collecting information about their victims - not just technical information about their environment, but more general information about the company itself, like the organization’s size and estimated revenue.

By collecting information about the victims, the group is making sure the ransomware is only used against the “right targets.” The group claims they only target large, profitable companies in their ransomware attacks, and claim to have extorted millions of dollars from companies in an effort to "make the world a better place." The group even wrote in a forum that "some of the money the companies have paid will go to charity… No matter how bad you think our work is, we are pleased to know that we helped change someone's life. Today we sended (sic) the first donations." 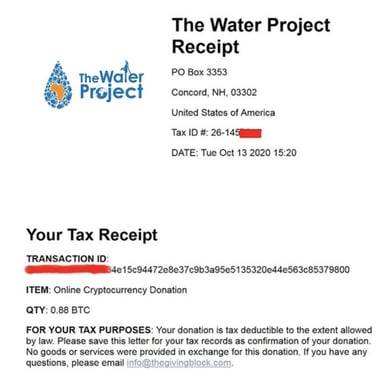 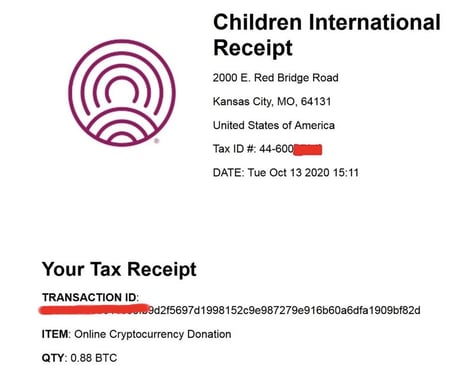 The attackers posted tax receipts for their donations

The Darkside group has reportedly tried to donate around $20,000 in stolen bitcoin to different charities, but the charities refused to accept the funds because of the source.

After gaining an initial foothold in the network, the attackers start to collect information about the environment and the company. If it turns out that the potential target is on the attacker’s list of prohibited organizations to attack (ie: hospitals, hospices, schools, universities, non-profit organizations, or government agencies), they don’t move forward with the attack.

If not on the prohibited list, the attackers continue to carry out the operation:

• The attackers begins to collect files, credentials and other sensitive information, and exfilitrate it.

• The attackers use PowerShell to download the DarkSide binary as “update.exe” using the “DownloadFile” command, abusing Certutil.exe and Bitsadmin.exe in the process:

In addition to downloading the DarkSide binary into the C:\Windows and temporary directories, the attacker also creates a shared folder on the infected machine and uses PowerShell to download a copy of the malware there.

Once the attackers make it to the DC, they start to collect other sensitive information and files, including dumping the SAM hive that stores targets' passwords:

Using reg.exe to steal credentials stored in the SAM hive on the DC

In addition to collecting data from the DC, the attackers use PowerShell to download the DarkSide binary from the shared folder created on the previously infected host:

The PowerShell command executed on the DC

The attackers also create a shared folder using the company’s name on the DC itself, and copies the DarkSide binary. Later in the attack, after all data has been exfiltrated, the attackers use bitsadmin.exe to distribute the ransomware binary from the shared folder to other assets in the environment in order to maximize the damage:

Execution of the DarkSide ransomware via a scheduled task 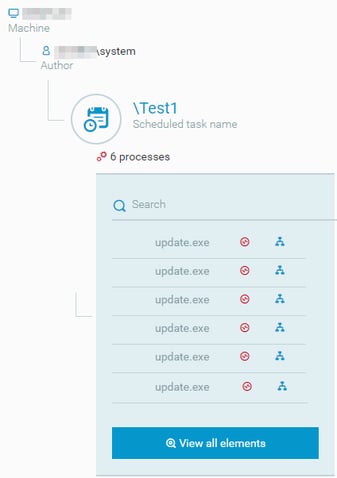 The scheduled task \Test1, used to run the ransomware on the DC

When the DarkSide ransomware first executes on the infected host, it checks the language on the system, using GetSystemDefaultUILanguage() and GetUserDefaultLangID() functions to avoid systems located in the former Soviet Bloc countries from being encrypted: 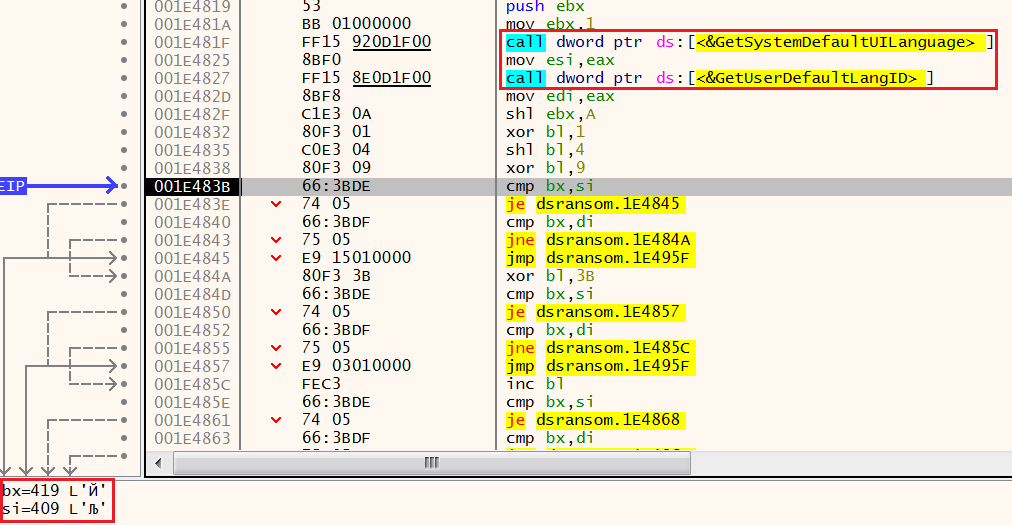 Debugging the ransomware - checking if the installed language is Russian (419)

The malware doesn’t encrypt files on systems with the following languages installed:

DarkSide then proceeds to stop the following services related to security and backup solutions: 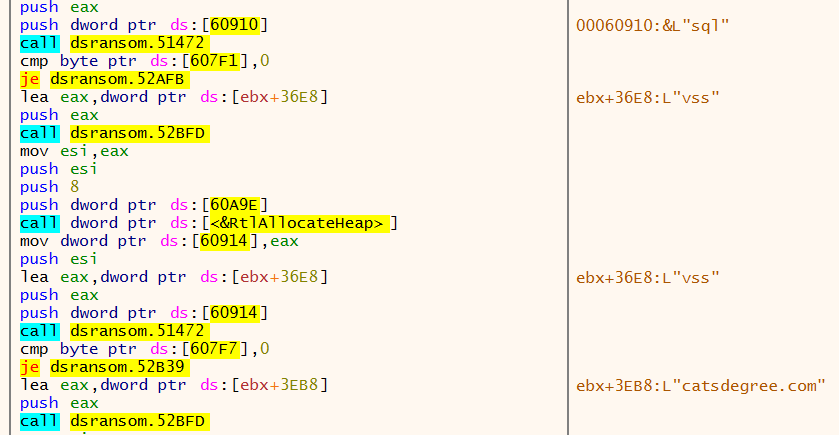 Debugging the ransomware - stopping services, and creates connection to the hardcoded C2

It then creates a connection to its C2 (command and control) server, and in different samples analyzed, the attackers use the following domains and IPs:

After uninstalling the Volume Shadow Copy Service (VSS), DarkSide then deletes the shadow copies by launching an obfuscated PowerShell script that uses WMI to delete them:

The PowerShell commands as shown in the Cybereason defence platform

The malware then enumerates the running processes and terminates different processes to unlock their files so it can both steal related information stored in the files and encrypt them.

And, of course, it leaves a ransom note: “README.{userid}.TXT”: 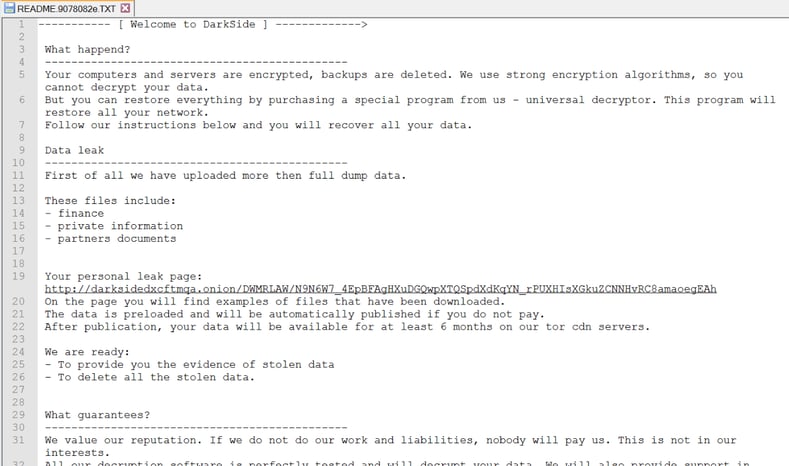 The Cybereason Defense Platform is able to prevent the execution of the DarkSide Ransomware using multi-layer protection that detects and blocks malware with threat intelligence, machine learning, and next-gen antivirus (NGAV) capabilities. Additionally, when the Anti-Ransomware feature is enabled, behavioral detection techniques in the platform are able to detect and prevent any attempt to encrypt files and generates a MalopTM for it:

Malop for DarkSide ransomware as shown in the Cybereason Defence Platform

Malop for DarkSide ransomware as shown in the Cybereason Defence Platform

Cybereason user notification for preventing the execution of DarkSide

Lior is a senior threat researcher at Cybereason, focusing on threat hunting and malware research. Lior began her career as a team leader in the security operations center in the Israeli Air Force, where she mostly focused
on incident response and malware analysis.