Gothic Panda (also known as APT3, Buckeye, UPS Team, and TG-0110) is a cyberespionage group that is believed to have been operating for well over half a decade. Traditionally, the group attacked organizations in the US as well as other targets. However, Buckeye’s focus appears to have changed as of June 2015, when the group began compromising political entities in Hong Kong. Since March 2016, the group has appeared to mostly focus on organizations in Hong Kong, sending malicious emails to targets as recently as August 4, and attempting to spread within compromised networks in order to steal information. 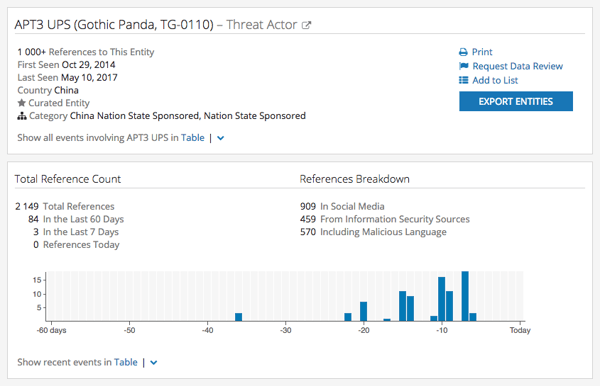