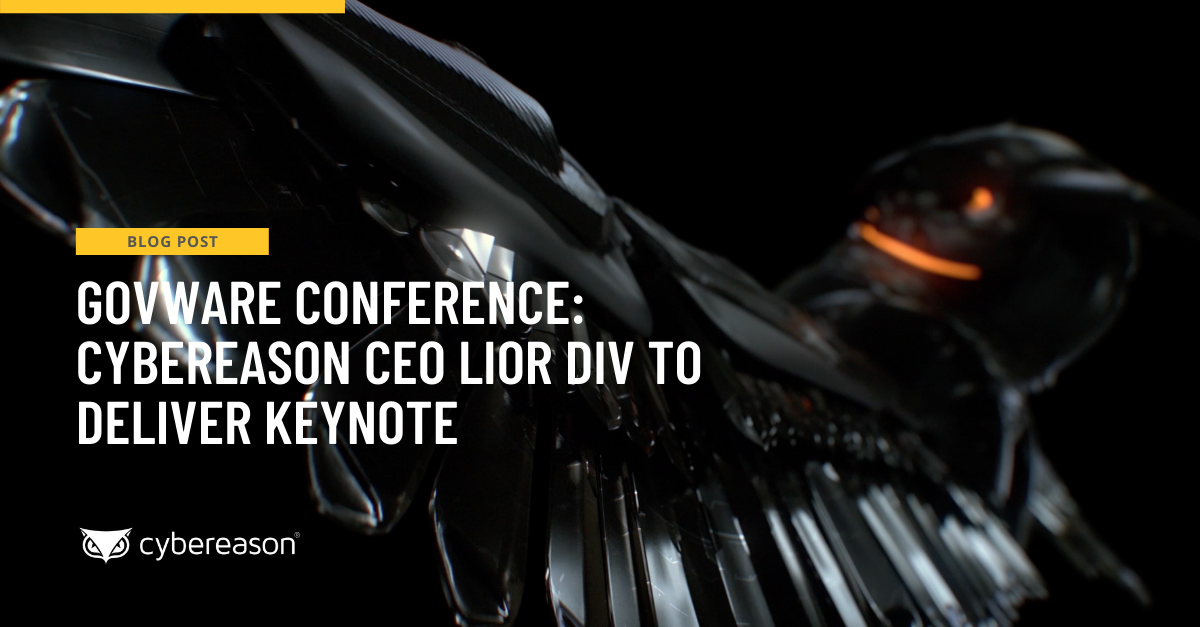 the rise in cyber attacks against global telecommunications companies

Cybereason is pleased to share that our CEO and co-founder Lior Div will be a keynote speaker at the Govware Conference in Singapore on Wednesday, October 6, 9:30 am, SST. His talk will focus on the rise in cyber attacks against global telecommunications companies.  Sam Curry, the company’s CSO, will also be speaking on Thursday, October 7, 1:05 pm SST, offering practical advice and recommendations for future proofing a business.

Div is an expert in hacking operations, forensics, reverse engineering, malware analysis, cryptography, and evasion. Previously, he served in key security forces agencies as commander of cyber security teams, where he received a Medal of Honor. Prior to Cybereason, Div founded a cyber security services company that provided services to government agencies.

Sam Curry’s speaking session, titled Future-proof Vigilance: The Recipe for Security From Now on, will provide a recipe to businesses for future-proofing technologies and methodologies by channeling security practices and innovation. He will also explore why it is important to be adaptive, flexible and diverse in security.

Curry has more than 25 years of IT security industry experience and is a Visiting Fellow at the National Security Institute. Sam most recently served as CTO, CSO and GM at Arbor Networks. Previously, he spent seven years at RSA (the Security Division of EMC) in a variety of senior management roles, including CTO, SVP of Product and Head of RSA Labs. He has held senior management roles at MicroStrategy, Computer Associates, and McAfee in addition to being co-founder and first employee of two successful security startups.